La Glace fire hall to open this summer after delays 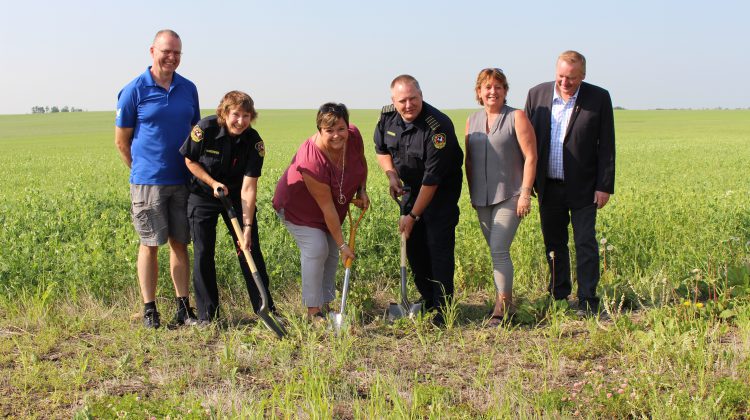 The new fire hall in La Glace is expected to be ready for use by summer 2020, but the road to completion has been far from smooth.

On June 25, 2018, County of Grande Prairie Council awarded the construction of the new La Glace Fire Hall to Southwest Design & Construction with a budget of $1.95 million. Shovels broke ground that July and the building was originally slated to be complete in the spring of 2019. In March 2019, construction was delayed after the contractor said more work was needed than originally planned and the end date was moved to the end of last year.

In December 2019, Fire Chief Dan Verdun said they were looking to do a final walkthrough for deficiencies, and be move-in ready by January 2020. However, engineering firm Beairsto & Associates listed 41 deficiencies preventing it from being occupied.

In a report presented to members of county council on May 25th, Southwest highlighted seven of those deficiencies that they did not agree with and committed to fixing up the 34 others completed by June 15th. That doesn’t include paving.

“Quite honestly most of them are very small items that are to be anticipated of a building of this size,” Verdun says. “Nuances in things like the heaters, and a couple of the electrical outlets’ placement. They’re all relatively minor, there is just the culmination of a few that need to be addressed before we truly take possession of the building.”

He adds, regardless of the delays, he can’t overstate the importance of the new fire hall in the area for both the public and fire services.

“We’re really looking forward to the capability it provides us for training, the housing of equipment, and for people to be more comfortable, we see that as a real boon to our service.”

A new hall was ordered after a March 2017 review showed that the current facility was too small to fit some of the department’s new equipment. The project was originally budgeted at $1.57 million based on the new Sexsmith Fire Hall project. It will be able to house up to 25 firefighters and will have space for six trucks.