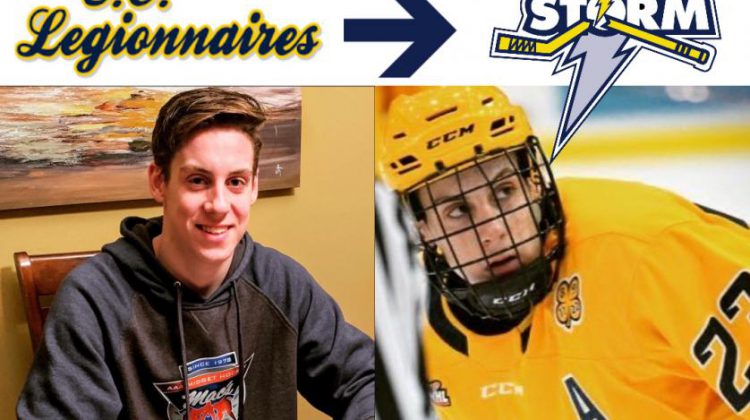 The Storm add Quinn Strang to their growing forward group for the 2020-2021 season. (Grande Prairie Storm)

The Grande Prairie Storm of the Alberta Hockey League is adding to its forward pool for the 2020-2021 season with the signing of Quinn Strang.

“He’s a big physical player that can skate with offensive upside. The more I watched him play, the more I was excited to get him in a Storm uniform for next year,” says Storm scout Jason Bertram.

The forward is coming off of a 33 point season with the Swift Current Legionnaires in the Saskatchewan Midget AAA Hockey League. Storm General Manager Mark Bomersback says Strang brings the character the team wants in its locker room.

“Along with his hockey attributes, h’’s a very mature kid that is a team-first guy.”

Quinn was previously drafted 25th overall in the third round by the La Ronge Ice Wolves in the Saskatchewan Junior Hockey League draft in 2017.

The Storm signed two local products in Ty Toews and Hudson Foley to their forward group on March 17th.