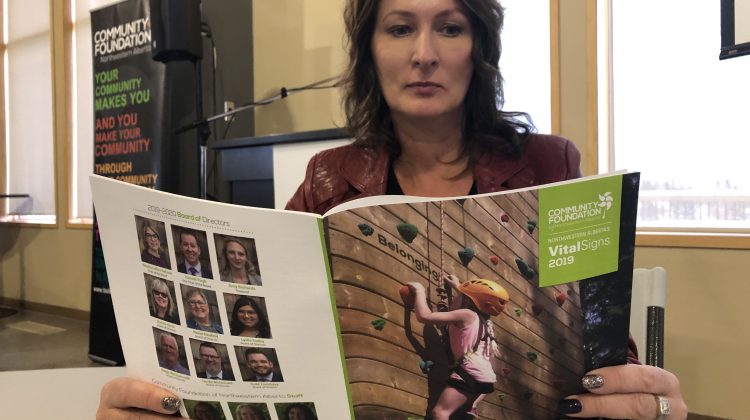 When she took the job in 2001, Community Foundation of Northwest Alberta CEO Tracey Vavrek didn’t think she would still be fronting the organization two decades later. However, feeling that she has taken the organization as far as she can, Vavrek is stepping down from the position and is doing so with very few regrets.

“I would say community awareness, I wish we had pushed harder for the community to understand the importance of the foundation,” she says. “We did push hard, but could we have pushed harder? Yes, we could.”

Vavrek will be retiring from her role on March 31, 2020, to take on a position with an unnamed national organization in the charitable sector. She says that while the Community Foundation is most likely known for its biennial Vital Signs report, she believes the work done behind the scenes is something that potentially goes unnoticed.

“We are a very unique organization and the only charitable foundation that works with every part of the community so no one is left behind. We are, in a way, a bit of a hidden secret.”

Despite that, she believes the Vital Signs report, which uses locally collected data to support evidence-based, solutions in an effort to improve the quality of life in communities across the province, is something that has and will continue to make a difference in the Grande Prairie region.

“By bringing to the attention of community-minded citizens, municipalities and organizations to where we have challenges, it helps the community come together. We saw partnerships and alignments that came together because specifics topics raised through Vital Signs, and as a result, we saw changes in our community that we can celebrate.”

While she is isn’t officially stepping down until the end of March, Vavrek says her next adventure is already on the horizon but is keeping the news tight-lipped for now.

“There is going to be an announcement. Watch for further details coming up in March, but, I’m excited about the future.”