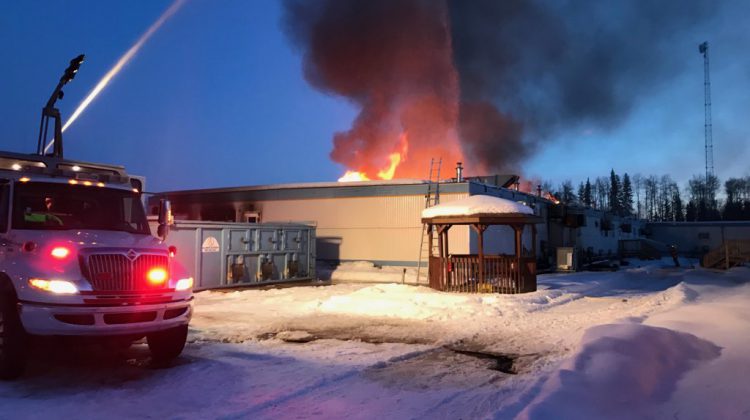 UPDATE: The fire was located at the Wapiti Open Lodge operated by Horizon North and not the Keyera Wapiti Gas Plant camp as previously reported by the MD of Greenview.

A statement provided by Keyera explains the site is roughly five kilometres from the Wapiti Gas Plan and is used by Keyera staff and contractors, as well as other companies. None of Keyera’s employees or contractors were injured.

An investigation has begun after a fire at the Keyera Wapiti Gas Plant camp located about 47 kilometres south of Grovedale.

Crews were called to the scene around 3 a.m. Monday morning, and upon arrival, they found a fully engulfed building. Officials say despite a limited water supply, crews from Grovedale, the County of Grande Prairie, Grande Cache, DeBolt got the fire under control.

In total, three fire engines, 5 tanker trucks, and 15 firefighters attended the blaze. No injuries were reported as a result of the fire.

Prime Minister Trudeau apologizes for not recusing himself from WE talks