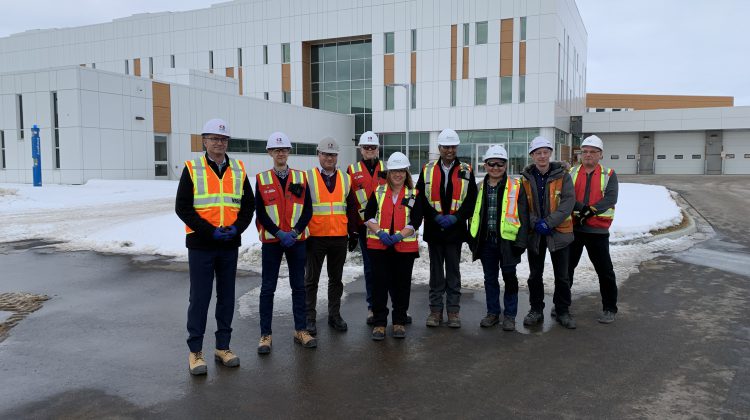 Construction on the Grande Prairie Regional Hospital is 85 per cent complete according to Minister of Infrastructure Prasad Panda.

Panda, who took a recent tour of the facility with Grande Prairie MLA Tracy Allard and Grande Prairie—Wapiti MLA Travis Toews, says he spoke with contractors to ensure that progress continues in the timeline they are hoping for.

“We are focused on getting this project across the finish line by completing construction as quickly and efficiently as possible,” he says.

Graham Construction first signed on to the project in 2011, at which point work was expected to be done in 2015. Construction halted in September 2018 and didn’t fully ramp up again until the next January after Clark Builders took over the contract.

Panda adds installation and testing of mechanical and electrical systems, along with paint and final touches will happen over the next couple of months before handing over the keys to Alberta Health Services. Panda hopes the hospital will be ready by the end of 2020.