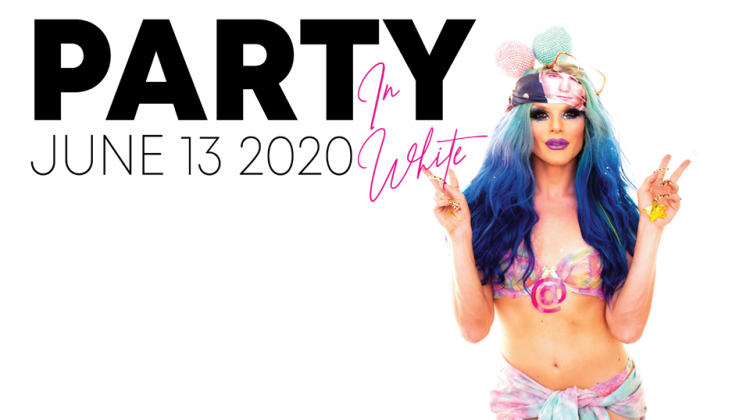 Willam will be headlining the Party in White 2020 (Grande Prairie Pride Society, Facebook)

A few big names from the world of RuPaul’s Drag Race are coming to the city for the Grande Prairie Pride Society’s 5th annual Party In White. The June 13th event will feature queens from former seasons such as Coco Montrese, Jiggly Caliente, Thorgy Thor, and Willam.

“You’re not going to find many big shows like this across Canada this year so we’re pretty excited about that,” says Pride Society President Erica Fisher.

The Party in White event will include dinner, a drag show, a dance, and a VIP Meet and Greet. This year’s event also had to be moved to a bigger venue at the Bowes Event Centre to accommodate more people. Fisher says it’s been cool to see how Pride has grown in Grande Prairie, considering the area we live in.

Grande Prairie’s 2020 Pride celebrations will also include the free Rainbow Bright Teen Dance, for youth aged 13 to 17 at Howler’s Lounge in Grande Prairie Regional College. That will be held on June 12th and feature performances by Coco Montrese and Jiggly Caliente.

The annual all-ages Pride Family Carnival will also be held at the Eastlink Centre on June 13th. Tickets for the Party in White go on sale on February 6th.