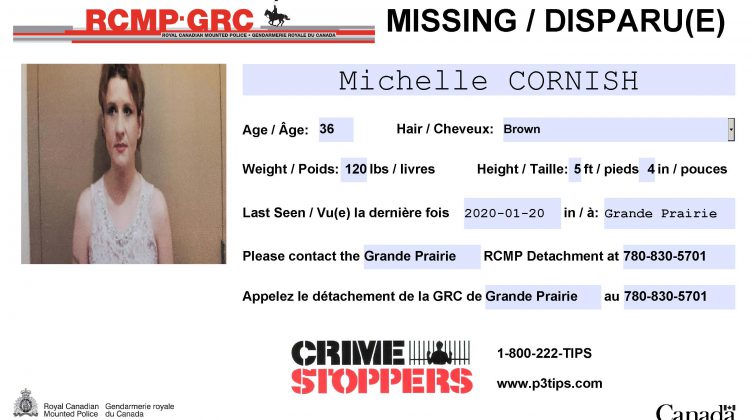 UPDATE: Cornish has been found safe.

Grande Prairie RCMP is asking for the public’s help finding a missing woman. 36-year-old Michelle Cornish was last seen in the city on January 20th.

Cornish is described as 5’4″ and 120 pounds with brown hair. There is a concern for her well-being. Anyone with information on her whereabouts is asked to call RCMP or Crime Stoppers.