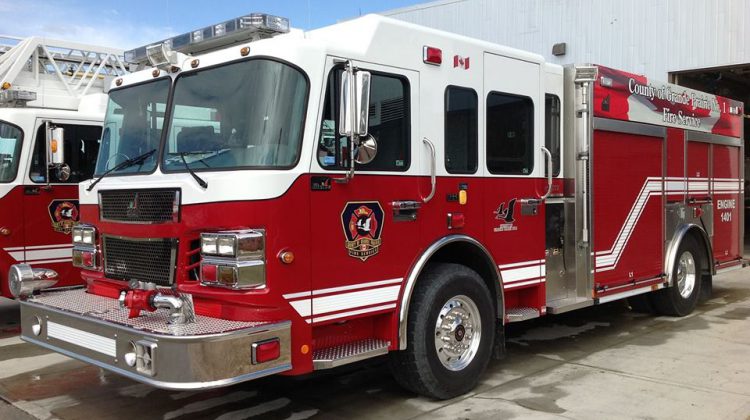 County fire crews are reminding people to be careful when using items like heaters following two fires in two days.

On January 16th, County Regional Fire Service was called to a structure fire at a shop on Township 713 and Range Road 41. When crews arrived, they say they saw fire and smoke coming from a detached shop near the home.

Crews got the fire under control and no other buildings were affected. There were no injuries reported and the fire is still being investigated.

Then on January 17th, crews were called to a structure fire on Township 704 and Range Road 74. When they arrived there they found a barn on fire. Crews have gotten the fire under control and are still on scene. The cause of that fire is also still being investigated.

Firefighters are asking the public to be careful when using heaters in shops and garages. Items with high power draw plugged into extension cords can also pose a higher fire risk.