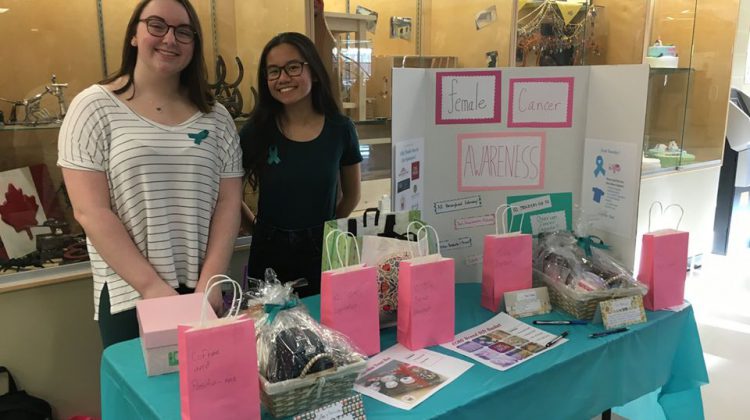 According to Ovarian Cancer Canada, that type of cancer is the 5th most common cancer in women and the most serious.

The teens are hoping to raise money for cancer research by selling raffle tickets and having a bake sale. They are also collecting items for chemotherapy care packages, which they will hand out to those going through treatment.

During the first year of the event, Charles Spencer and St. John Paul II School raised a total of $1,127 which was donated to Ovarian Cancer Canada. Along with raising some funds for the organization, Jessica says this event is about education.

“We found that a lot of the time, ovarian cancer you don’t get it until you’re older but having that education when you’re younger and knowing how to prevent it and test for it is important… So we thought it would be a good chance to help our fellow students.”

Cash donations and items for the care packages can be dropped off at the main office at Charles Spencer during the month of February.