Classrooms relocating due to water damage at St. Kateri School 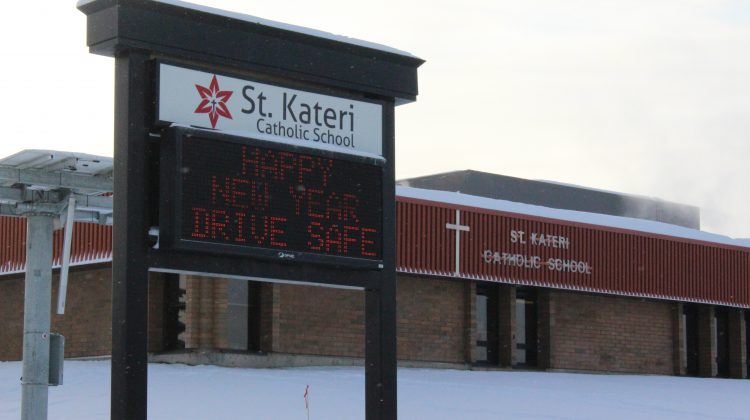 Four classrooms of students will be learning in a new environment for the next few weeks after burst pipes caused a significant amount of damage at St. Kateri Catholic School on Monday.

“What we had was enough frost that penetrated the building to cause two sections of the sprinkler line to rupture,” explains Grande Prairie & District Catholic Schools Superintendent Karl Germann.

Germann says school staff went a long way in limiting the damage, with as many as 10 people armed with squeegees and shovels pushing water out of the building to try to mitigate the spread of water. They were able to contain the water damage to floors and walls in the first four modular classrooms of the modular learning commons and connected washrooms.

The superintendent adds this scenario is something that has been discussed by his peers in other school districts and divisions.

“One of the frustrations some of the school boards are coming across when they inherit new buildings built by Alberta Infrastructure is sometimes they’re not quite built durable enough and the cold and the cold is starting to penetrate the buildings, and with the new sprinkler lines that are in there, they can freeze and then rupture,” Germann notes.

Roughly 125 students will be relocated into available spaces in the library and gym for what is likely to be a couple of weeks as restoration crews work to ensure the infrastructure in the damaged classrooms is safe for those returning. Germann is hopeful the damage is limited, adding more than $9 million in provincially funded modernization work was only completed at the school in October 2019.