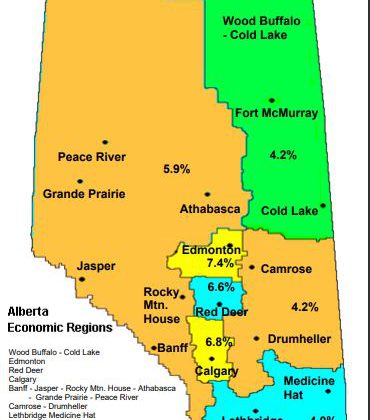 The unemployment rate in western Alberta jumped in the month of December. Statistics Canada says the economic region which houses Grande Prairie and Peace River sits at 5.9 per cent for the month, up from 5.7 in November, and nearly a full point higher from 5.2 per cent in December 2018.

Alberta’s overall unemployment rate meanwhile dipped to 7.0 per cent from 7.2 per cent in November. The Canadian national average also dipped to 5.8 per cent, from the 5.9 per cent reported in November.