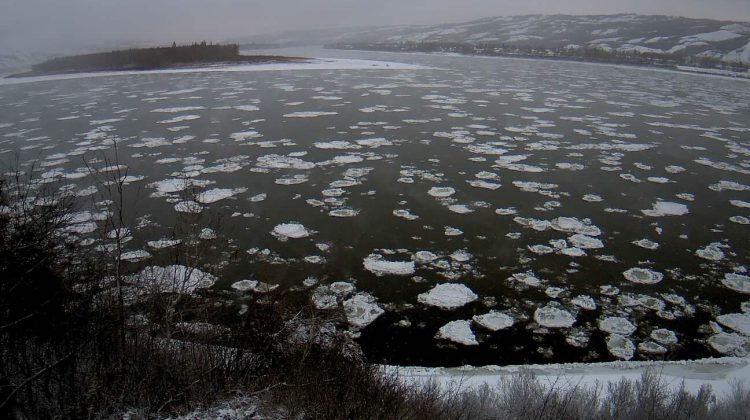 It’s freeze-up time for the Town of Peace River. Alberta Environment and Parks has issued an Ice Advisory, noting river levels in the Peace River will be rising as the ice front approaches.

“Below seasonal temperatures this week are rapidly advancing the ice front towards Town. Water levels may begin to rise due to backwater on the north side of town over the weekend, with freeze up in the Town of Peace River forecast for January 14.

The province reports the ice front was last spotted by satellite around 92 kilometres downstream of the Highway 2 bridge Wednesday evening. It reminds residents that when freeze-up happens at the town, water levels typically rise between 2.5 and 3.5 metres.

When that happens, the government says flow releases from B.C. Hydro’s Peace Canyon Dam will be kept relatively constant while the ice cover makes its way through the town.

“This is a routine advisory and no problems are expected at the Town of Peace River. However, there is potential for ice movements and shoving of the ice cover as it advances upstream, which could result in rapid fluctuations of the water level in the area.”

In response, the Town says it will be closing storm gates to prevent water backing up. It will also post a watch on river water levels and flood mitigation measures starting January 13th.