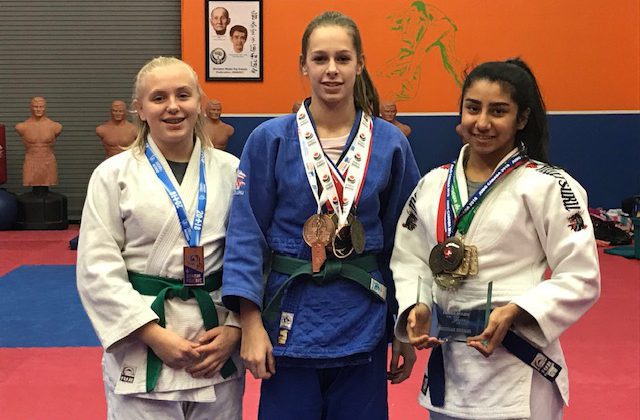 Sidney Kinderwater will be representing Grande Prairie as part of the 2020 Elite National Judo Championships.

Kinderwater, who has been training for the last four years, was initially meant to be joined by fellow Grande Prairie Martial Arts Club pupil Michelle Grisales, however, according to her father and coach, Carlos Grisales, it isn’t in the cards.

“She got hurt in the last tournament, so she is no longer going, so it is just Sidney Kinderwater going right now.”

Carlos says it was the fourth year in a row for Michelle to qualify for the event, and she was hoping to return to better her finish in 2019.

“She went last year, she did not very good, but still she was qualified there.”

Carlos says he couldn’t be prouder as a coach to have two of his students in the tournament, and he knows Kinderwater will represent herself, and the region with pride.

“That tournament is the elite nationals for Judo, so I think they’re going against the best at that tournament. From there, they are qualifying for international tournaments sometimes, and to represent Canada. So, for those girls to be part of that, and it’s really good for me, of course, I’m so proud of them.”

He says several factors have led to the resurgence of the sport as a whole, however, one particular fighter gets the gold medal in bringing eyes to the sport he loves and coaches.

“Judo is not as popular as other sports, but because of UFC fights, and Rhonda [Rousey] fighting it has been more popular for us, and it gives us a little bit of a chance to show people what Judo is all about.”

The tournament goes in Montreal on January 11th & 12th, with Kinderwater selected for 57 kilogram, under-18 division.