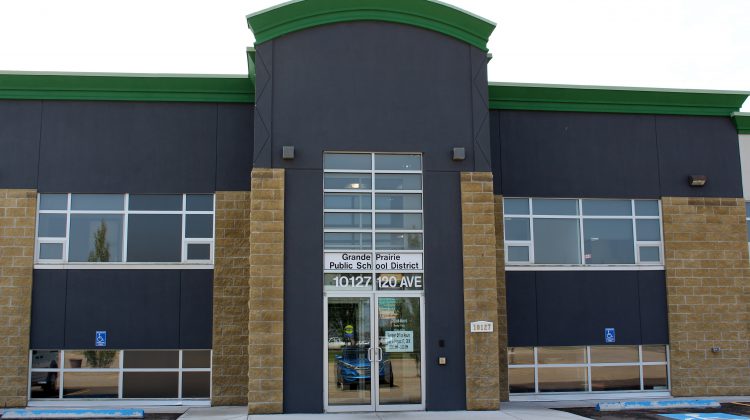 The province’s cuts to the education budget have left the Grande Prairie Public School Division in a tough spot. Board Chair John Lehners says the recently released budget removed three grants totalling almost $5 million for the division which he says they never anticipated.

“We budgeted for what we thought was going to be the same amount as last year so we staffed our schools to those numbers and when they actually announced the figures for the budget we took a $4.6 million hit… We’re really scrambling to try and figure out what we can do.” 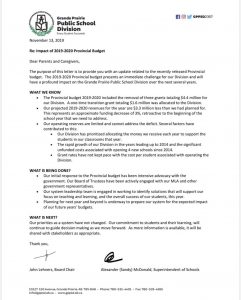 Lehners says this shortfall is one of the most significant situations he’s seen in his 20 years on the school board.

“We’ve met with some people who have directed us to meet with deputy ministers of finance. The message seems to be relatively consistent is that there is no more money so make it work. That all sounds good in theory but we aren’t allowed to run deficits.”

He adds that the division doesn’t have any type reserve funding, meaning finding cuts somewhere is the only option.

“School boards are probably one of the stiffest business models that you can have. We can’t really raise revenue like a business so we are unable to really cut costs due to contracts and professional obligations. It’s not easy for us even if we wanted to to get rid of teaching staff or other staff.”

While he says this may not have as many impacts this year, the 2020 school year is a different story.

“When you have to lose $5 million, somethings got to give. Classes maybe get a little bigger, programs maybe go, other opportunities that we might pursue disappear. It will have an impact across our board.”

Lehners says they have been meeting with MLAs and are hoping to have a meeting with the minister of education to talk about where to go from here.