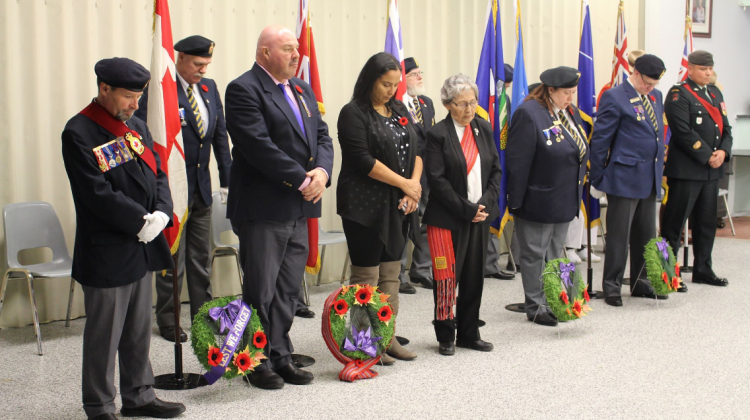 Legion members and dignitaries after laying their wreaths during the ceremony (Emma Mason MyGrandePrairieNow.com staff)

Veterans and their families have gathered to pay tribute to those who fought for our country as part of Indigenous Veterans Day.

For the second year in Grande Prairie, people laid wreaths, drummed and sang in honour of roughly 60 First Nations and Métis soldiers from northwestern Alberta who were killed in action from World War I to present.

Metis Local 1990 President Angie Crerar spoke at the ceremony at ANAVETS Hall on Friday morning. She says this event is important for her and this area.

“It’s an opportunity for our community to realize the contribution that our Metis and Aboriginal made in the war and to always remember and honour the sacrifices that they made for our home and country.”

RCMP Staff sergeant Clifton Dunn’s grandfather and as well as Dunn’s brother served in the military. He says as a Metis man, it was important to attend and pay tribute to those he says didn’t have a lot of support after the war.

“They were recognized at the time but when they returned home there was not that much support when they got home. They were no longer veterans, they were first nations.”

Dunn adds that this ceremony should be viewed as an addition to Remembrance Day on November 11th, not as a competitor.

“It’s not about not recognizing other veterans but more to show what the Indigenous veterans did and the sacrifices they made that, unfortunately, sometimes weren’t remembered or recognized.”

Indigenous Veterans Day is put on by the Canadian Motorcycle Tourism Association with the help of the Grande Prairie Friendship Centre, the ANAVETS Ladies Auxiliary, and the Legion. It was first held in Grande Prairie in 2018. 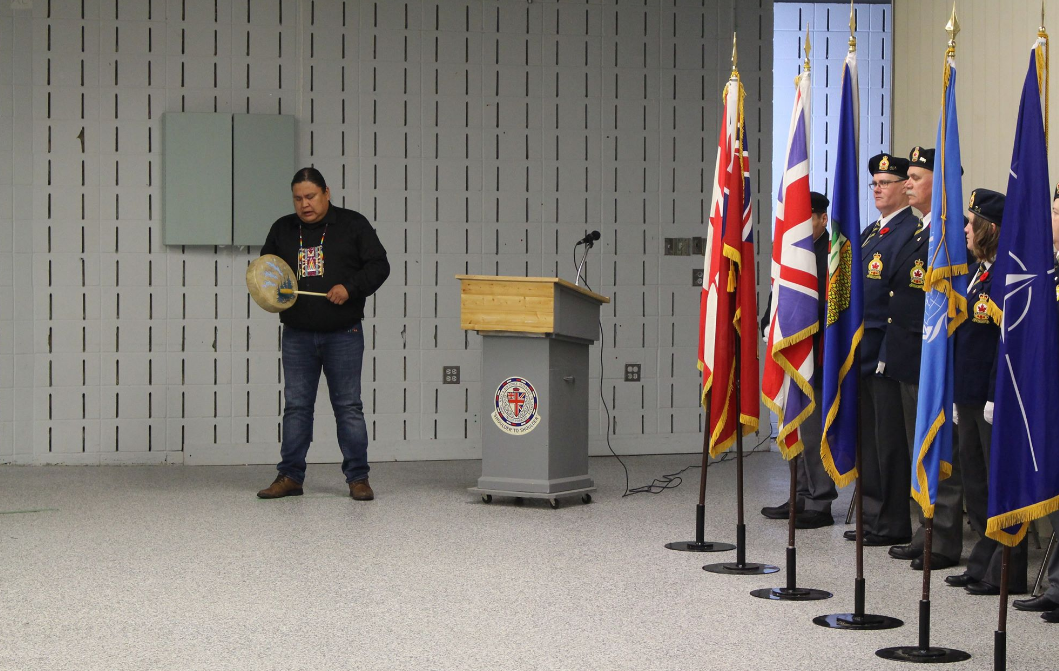