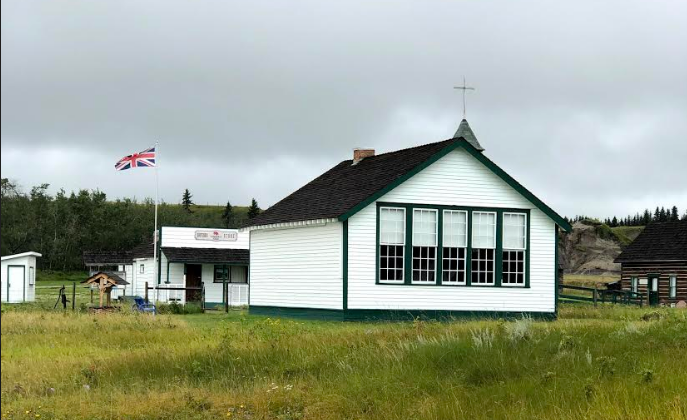 Members of the Kleskun Hill Museum Society are trying to honour the man who started it all. They have approached County of Grande Prairie Council looking for support as they ask the province to name a hill on the property located 20 kilometres east of Clairmont after museum Founder Ray Boyer.

Member Lynne Oe says that even though they had named the hill after Boyer prior to his death in 2012, the name isn’t actually official.

“At the time we did not know we weren’t supposed to name a hill or any geological location but we did it without knowing that; he was still here when we did it, unofficially. So now we’re trying to get it official.”

Boyer’s work on what is now known as the Kleskun Hill Museum started in 1993 when he decided to move and restore the old schoolhouse which he had attended in the 30s. He continued his work moving and adding buildings and in 1999 the museum society was formed.

Oe says that because of all time he devoted to creating the museum, the name change would mean so much to everyone who knew him.

“He was a special man and he was just a super person. All the time and effort he spent up there; it was one of his babies he just spent, I like to say 24/7 up there. It would be very, very special to have this done.”

“To me, it shows the appreciation for the work that Ray did,” says Society President Jim Robertson. “He was the driving force behind getting all of this stuff together, preserving the history of a lot of Grande Prairie and some of the Peace Country area.”

County council plans to send a letter in support of the name change to the Minister of Culture, Multiculturism and Status of Women. Oe says they are just waiting on word from the provincial government about whether their application has been approved.