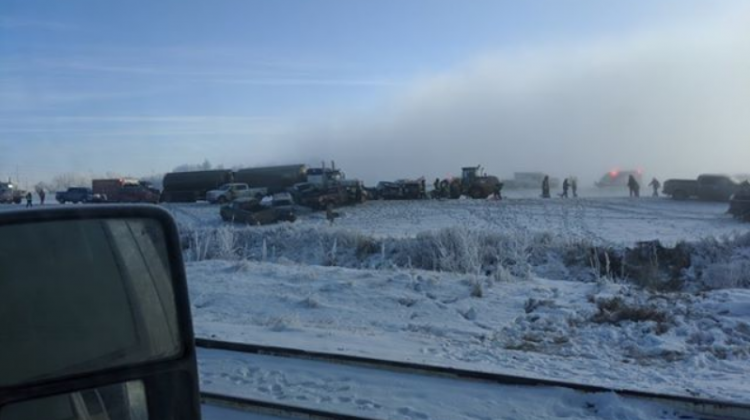 UPDATE #2: Grande Prairie RCMP say five people were taken to hospital with serious injuries after a Wednesday morning crash on Highway 2 involving 16 vehicles. Others were treated on scene for minor injuries.

Police say an initial investigation has shown that fog and icy roads played a part in the crash. Speed is also being looked at as a possible factor. They say they are continuing to investigate and no charges have been laid at this time.

UPDATE: Grande Prairie RCMP says all lanes have now reopened. They will continue to investigate the cause of the crash.

A crash involving upwards of 20 vehicles has closed Highway 2 at Highway 672.

Alberta 511 says all lanes of Highway 2 are blocked due to the crash at Highway 2 and Highway 672. Police are urging motorists to avoid the area, or, if they have to, use the Emerson Trail detour.

STARS has been called to the scene. More information will be released on MyGrandePrairieNow.com as it becomes available.