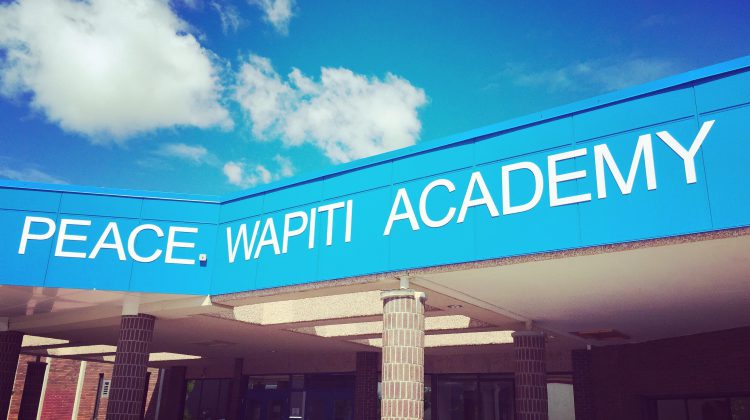 UPDATE #2: Grande Prairie RCMP says it is a 14-year-old who is accused of threatening other students with a knife around 1 p.m. Thursday. It was determined there was no further threat to staff and students, and the lockdown was lifted around 2 p.m.

While officers were at Peace Wapiti Academy, 9-1-1 was called with a report someone was walking by Harry Balfour school with a gun and that the school had been placed under lockdown. That claim turned out to be false, and the RCMP says the school was never under lockdown and there was no threat to the school or neighbourhood.

Both incidents are still under investigation. Anyone with information is asked to call the RCMP detachment or Crime Stoppers to remain anonymous.

UPDATE: The lockdown protocol put in place at Peace Wapiti Academy has been lifted. All students and staff were safe during the lockdown and no one was injured in the incident.

Peace Wapiti Academy has been placed under lockdown protocol following an incident involving a student with a weapon. Peace Wapiti Public School Division says school doors will stay locked while police looked for a knife that was allegedly used in a threatening manner.

Sergeant Shawn Graham says the student involved has been secured by authorities and that officers remain on the scene at this time. Nearby Harry Balfour School was also briefly placed under hold and secure, but PWPSD says that was based on incorrect information at the time.

The school division also says students and staff at both schools are considered to be safe.