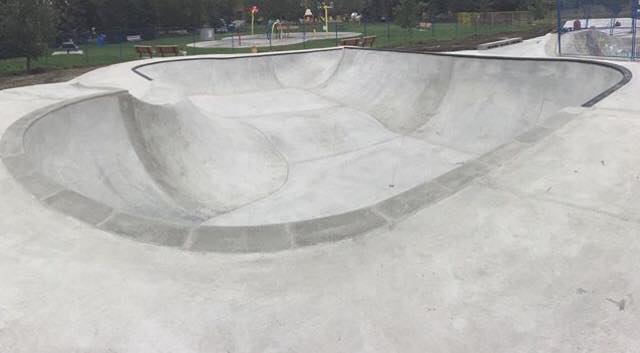 An expansion to the skate park in Muskoseepi Park was completed in September 2018. (Supplied by New Line Skateparks)

An indoor skate park could be a possibility for the City of Grande Prairie. City councillor Jackie Clayton tabled the idea at a meeting of the Community Living Committee, and members have asked the administration to take a look at its feasibility.

Clayton says living in a northern city has some major downfalls for those trying to remain involved in skateboarding and similar hobbies. She hopes this idea will gain some traction with local groups.

“A lot of youth are engaged in those facilities. Over the winter months, not every kid plays hockey, soccer or basketball and can use the existing facilities. This would allow for a facility to be utilized by other youth in the community.”

Some of the biggest concerns from other members of the committee are the idea that the city could be on the hook for financing and maintaining the skate park. Clayton says there hasn’t been a business plan put together but she believes there is an opportunity to work with user groups across the city and region to get something in place.

“I don’t want the City to necessarily own or build a new facility. I think if it was temporary, or mobile in nature, we could use some of the existing empty commercial and retail buildings throughout the city,” she explains.

“I don’t think it will be lead completely by the city, but at least the discussion was high level and it will hopefully trigger further discussions and opportunities,” Clayton adds.

The discussion will return to the committee on October 29th. An expanded outdoor skate park in Muskoseepi Park reopened in September 2018.