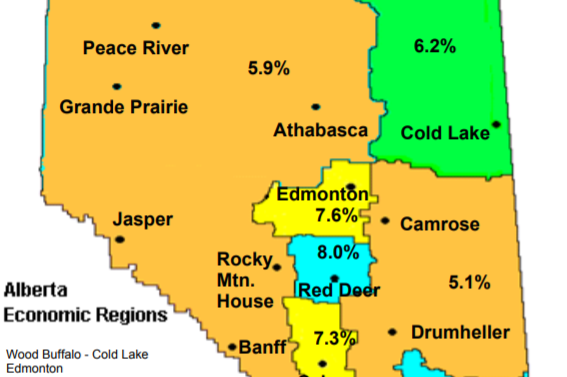 The unemployment rate in western Alberta increased for the month of September. Statistics Canada says the economic region which houses Grande Prairie and Peace River sat at 5.9 per cent for the month, up from 5.4 last month and 5.2 per cent this time last year.

Alberta’s overall unemployment rate, meanwhile dipped to 6.6 per cent from 7.2 per cent in August. The Canadian national average landed at 5.5 per cent, which is a decline from 5.7 per cent the previous month.