The brush is mightier than the sword; 3rd GP Art Battle set for Saturday 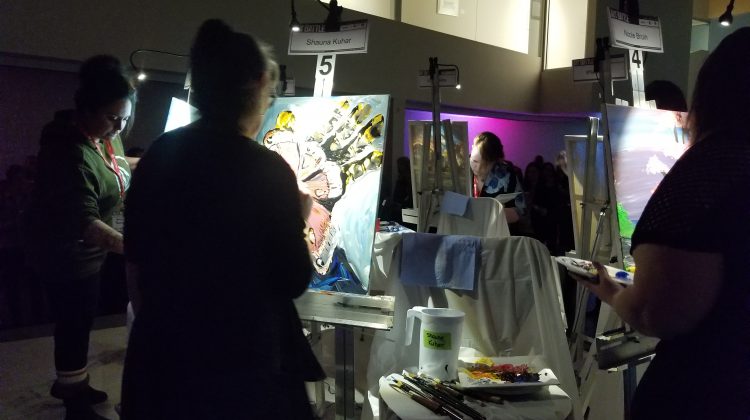 It’s like 8 Mile with an easel, and the public is being invited to take in the spectacle of Grande Prairie’s 3rd Art Battle.

The event, put on by United Way Alberta Northwest, will see 12 artists go up against one another over two 20 minute rounds, with the top two in each group of six battling it out in the finals for a chance to move on to the provincial rounds.

Jessica Schoepp with United Way Alberta Northwest says it’s the type of event which you could expect to see in a major metropolis, but showcasing talent primarily from the Grande Prairie area.

“The art that gets created in 20 minutes is mindblowing, and almost all the artists that we have competing are local artists so you get to see what incredible talent we have from all over the Peace Region.”

Schoepp says they’re trying to cater to a wide audience the art battle, and hope a welcoming atmosphere will perhaps make fans out of those who haven’t paid much attention to the art scene over the years.

“It feels like you’re in a major city. We have the DJ going, cool light, a lounge area. Even if you’re not into art, it’s still interesting to see.”

The event will also feature two silent auctions, with all proceeds from those going back to the United Way. The art battle gets underway on October 12th at 7:00 PM at Teresa Sargent Hall.