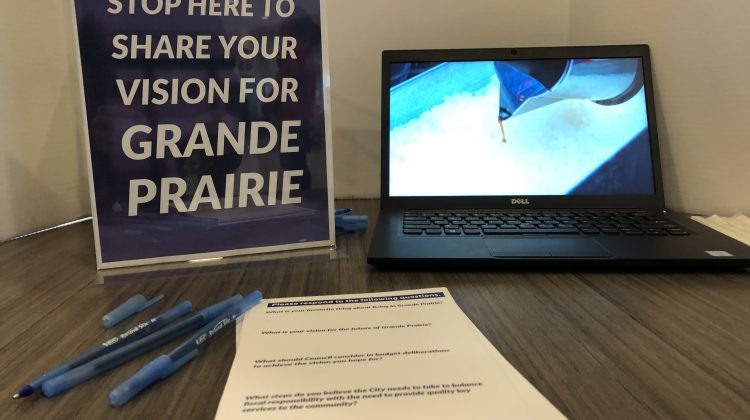 It was not exactly the crowd City of Grande Prairie administration had hoped for. The first-ever public budget consultation held at the Eastlink Centre saw very low attendance Tuesday afternoon.

Staff and almost all of city council had prepared a step by step walkthrough of the budget process, to try and better help the general public know how they come to their final decisions.

In the first 90 minutes of the three-hour event less than 10 people turned out to get more information and have their voices heard.

One of the residents who turned up was Sarah Clegg. She says she has never seen that type of consultation happen in the city before, and she hopes her wishes for more entertainment to come through the city will be taken into account come budget time.

“My favourite thing about Grande Prairie is we’re not too big. I don’t want us to be like Edmonton or Calgary but we are big enough to have more festivals, fairs and concerts,” she says.

Councillor Dylan Bressey meanwhile says regardless of turn out, he is happy to speak to anyone when it comes to the administrative process.

“I think it’s really exciting that our staff and council took the effort to talk to people in person and hear what they want the city to do with the next budget,” he says.

This was the final planned public consultation surrounding the budget. The city already released an online survey in an effort to make it easier for residents to have their voices heard. Budget talks are expected to happen at City Hall in mid-November.