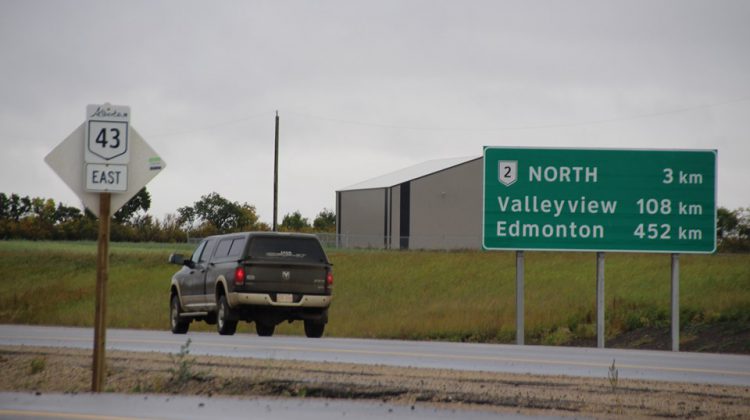 The Highway 43X bypass around Grande Prairie is now open to drivers. After months of delays due to wet weather, the road opened to traffic on September 14th.

The bypass project was announced in April 2016 with construction originally expected to start that spring. Construction didn’t actually start until the spring of 2017. Work was then scheduled to wrap up in October of 2018 but was extended into the spring of 2019 and later the fall of 2019  due to wet conditions during construction season.

A portion of the bypass was finished several years ago from the intersection of Highway 43 and Highway 2 west to 116th Street. It also included adding three bridges to cross the Bear River. The roundabout portion of the project, as well as all the bridges along the route, were completed last fall.

The total budget for the project was $48 million which Alberta Transportation representatives say they are still sitting within.