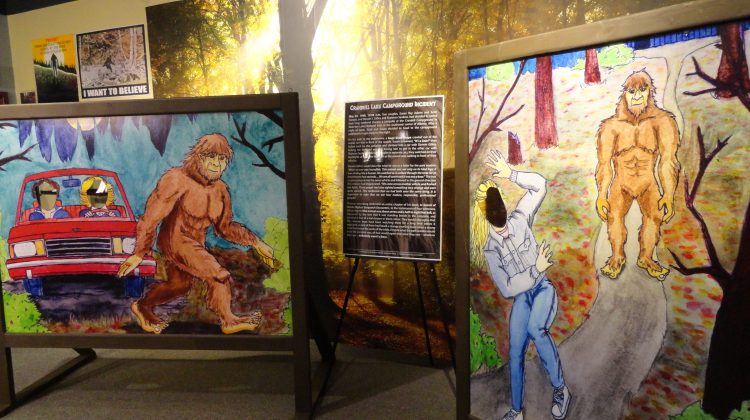 Sasquatch sightings in the Grande Prairie area and across the province will be the topic of two upcoming speaking events at Centre 2000. The city says that due to the popularity of the current Sasquatch display at the Heritage Discovery Centre, the Grande Prairie Museum will be hosting a Sasquatch Symposium on September 28th.

While Grande Prairie is not the hot spot for Sasquatch, Museum Curator and Collections Supervisor Charles Taws says this event will delve into some of the past sightings around this area.

“In 1975 there was a very credible sighting of a sasquatch and two young ones between Sexsmith and Spirit River… The reason it’s considered credible is because the man that made the sighting had been a hunter and trapper for over 40 years and if it was a bear, he’d know it was a bear.”

The event will be held in two parts with an afternoon session beginning at 1:30 p.m. It will focus on sightings in Alberta and will also include a screening of ‘Bigfoot: Quest for the Wildman’ by Justin Chernipeski at 3:00 p.m.

The evening session starts at 7:30 p.m. It will be hosted by Sasquatch Researcher Professor Jeffrey Meldrum of Idaho State University who will be talking about how a filmed sighting in 1967 is still important to the search for Sasquatch today.

“We’re all about the artifacts and we’re all about old things at a museum but we’re really interested in the stories behind them and the sasquatch mystery is a great story, it has a Grande Prairie connection and that’s why we’re presenting it.”

Tickets for the afternoon and evening sessions are $15 per session or $25 for both. They can be purchased at the Grande Prairie Museum and the Heritage Discovery Centre.