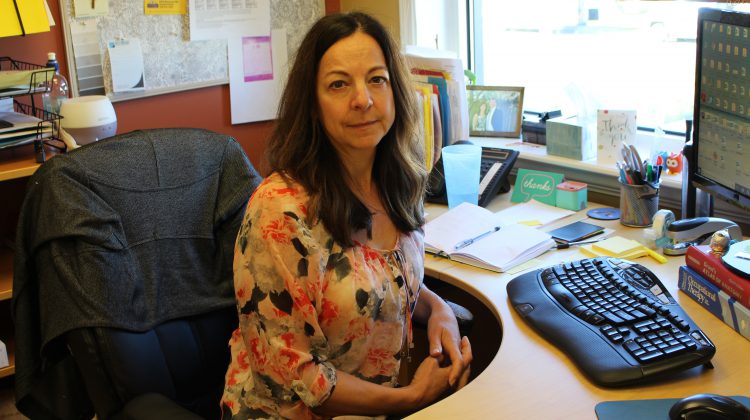 Occupational Therapist and Owner of Function First Pediatrics Evelyne Pilger says she has no idea why she can't attract specialists to the area (Emma Mason MyGrandePrairieNow.com staff)

A lack of specialists in Grande Prairie is making it hard for some parents to find help for their special needs children. April Grant has been trying to find a child psychologist in the area for her six-year-old but says it’s been difficult to get in to see anyone.

“The government gives us the funding but in Grande Prairie it’s so hard to find professionals to take our kids on… It’s really frustrating when you get a diagnosis, you get the money, and then you don’t have anybody to hire to help you.”

Grant is not the only one who believes that’s not enough. Occupational Therapist Evelyne Pilger of Function First Pediatrics is looking to fill almost six positions in the areas of psychology, speech pathology and occupational therapy but says she’s gotten very little interest.

“It’s always been hard to recruit people to northern Alberta so typically I’ve had to get new grads because they’re more willing to go somewhere for a new job but I’ve had an ad out for occupational therapy since February and I have not had one application from a new graduate.”

Pilger adds that she’s tried to offer incentives like competitive wages and moving expenses but still people don’t seem to be interested.

“I’m not sure. Is it that people don’t want to come north? There are a lot of jobs across the west right now; it’s a lot harder to find a job down east and typically we get a lot of graduates from the east coming but I’m not even getting those right now so I’m not sure where they’re all going.”

In a written statement, AHS says it is also trying to recruit people to the area.

“As vacancies arise, we continue to actively recruit specialists and clinicians across northern Alberta, including in Grande Prairie, to meet the needs of our communities. We have several initiatives underway to help support recruitment efforts, as needed, northern incentive programs and relocation assistance.”

For Pilger, with a lack of staff comes waitlists and choices to make. Workers at Function First also travel to areas like Peace River to work with clients but, with the clinic’s longest waitlist sitting at more than 160 children, Pilger says she has some decisions to make.

“We’re just put in really difficult situations because we have to make these decisions; do you serve more kids in one area or do you try and keep some distribution of services in the outlying areas? You’re making some ethical decisions that are challenging.”

Pilger says she will continue her recruitment efforts in the hope of filling the rest of her positions despite recently losing another job candidate to a position in Calgary.