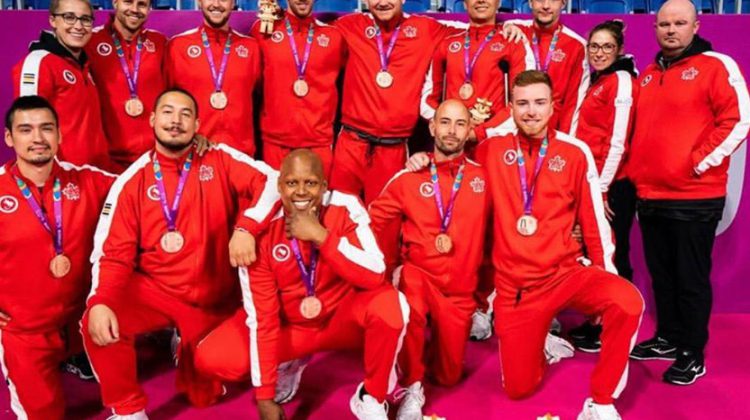 Canada’s sitting volleyball team, lead by a team of Grande Prairie coaching staff, will be coming home with some extra bling after picking up a bronze medal at the 2019 Parapan American Games in Peru.

Smith previously coached able-bodied athletes with Team Alberta and says it has been an eye-opening experience working with this set of athletes on the world stage.

“Our athletes are basically 50 per cent injuries to cancer, and 50 per cent of traumatic incidents occurred, so some of these guys have never dealt with their accident,” he says. “Some have been dealing with it since they were children; lost a leg to cancer at age six, so all they’ve really known is not having a leg.”

Smith also used to coach at Grande Prairie Regional College. During his transition to Team Canada, he says the ultimate sign of what the players brought to the court was on display when playing against his former pupils.

“We’ve done a few exhibitions with GPRC, UBC, and SAIT, and when you see the reaction from the able-bodied athletes when they get on the ground and play the game, it’s amazing.”

The Canadians finished the tournament with a 4-3 record. Two of the losses came against the U.S, along with a round-robin loss against 2nd ranked Brazil.