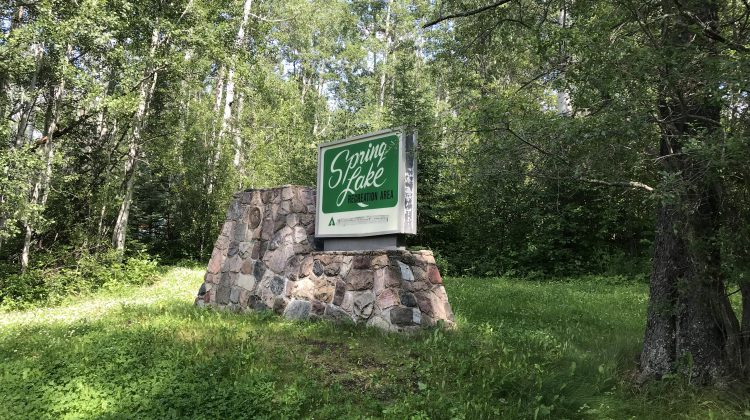 Spring Lake Campground will be open in time for this upcoming long weekend. The site, about an hour outside of Grande Prairie, was recently taken over by Saddle Hills County which intends to run it from now on.

“The public lands disposition for the campground has been assigned to Saddle Hills County and it will be reopening today. It will be open for the long weekend and we’re going to keep it open until October 1st,” says County Community Protective Services Director Brian Ballard.

The campground had been closed since May 20th when the previous owners made a social media post announcing the closure and thanking visitors for their support over the last eight years. A reason for the initial closure has not been released.

Ballard says the county was approached to see if they wanted to take over the lease and within three weeks all the papers were signed and the keys were theirs.

“We [just] wanted to make sure that it’s available for the people that enjoy using it.”

For the remainder of the season the campsite will be first come first serve. Ballard says they are hoping to have a reservation system in place in time for next season.