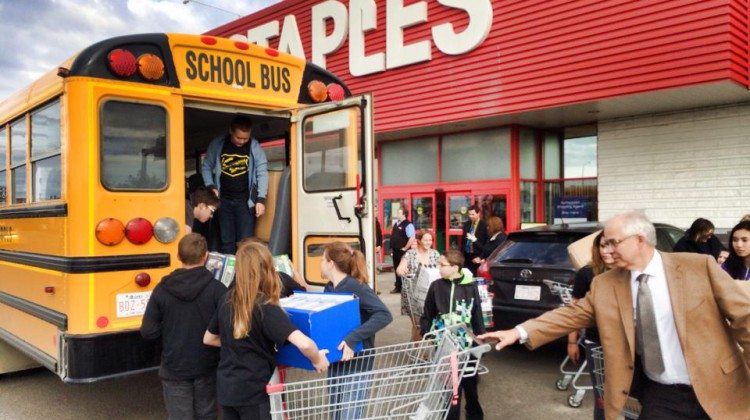 The demand for school supplies during this year’s United Way Stuff a Bus campaign has increased from last year. According to United Way Alberta Northwest Business Development Manager Jessica Schoepp, they need enough school supplies to fill backpacks for 580 students, up from 428 last year.

While she can’t speak to the cause of the increase she says program applications have continued to roll in.

“Our asks from our community partners are up, other non-profits in the city that have people asking, their asks are up as well and there’s a larger individual ask so I think that it’s an across the board need.”

Every year, the United Way and Staples partner to collect donations and pack backpacks for students in need. They rely on agencies like the YMCA, Big Brothers, Big Sisters and the Grande Prairie Friendship Centre to submit applications for bags on behalf of their clients.

This year’s event will be held on August 26th from 10 a.m. to 2 p.m. in the parking lot of Staples. Monetary donations can be made in-store or donations of commonly needed items can be brought to the bus out front.

While applications are now closed, a waitlist has been set up for those still in need. Bags will be packed at the Redwood Inn and Suites on August 27th and 28th and then handed out.