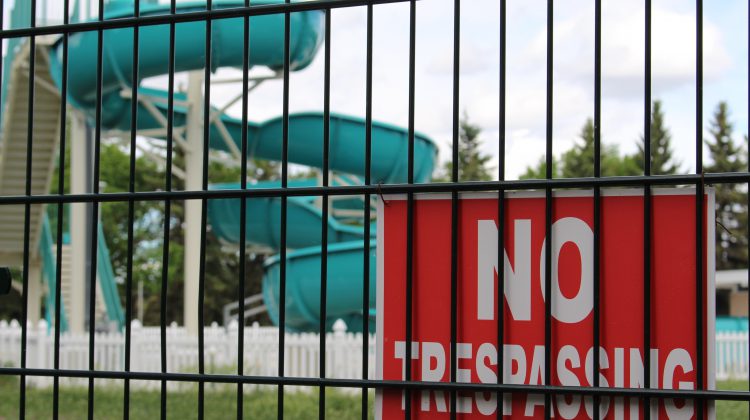 The city maintains the Bear Creek outdoor pool will open this year but with work still to be done an opening date has not been released.

As of August 16th, the city says the pool has been inspected by Alberta Health Services, the Grande Prairie Fire Department fire marshal, and the building inspector but says “a few minor compliance items” are still left to do. Once those final items are done, the pool will need to be re-inspected before a final permit to open is granted.

Water samples have been sent out for testing with results expected back early next week. In the meantime, the city says pool staff are preparing to start training on-site.

Once all that is done, officials say an opening date will be released but it is currently not known how long the remaining work will take to complete.

The pool was scheduled to open in late July to early August 2018 before being pushed to late spring 2019. It was originally built in 1962 but was closed in 2013 when a large crack was found in the structure.