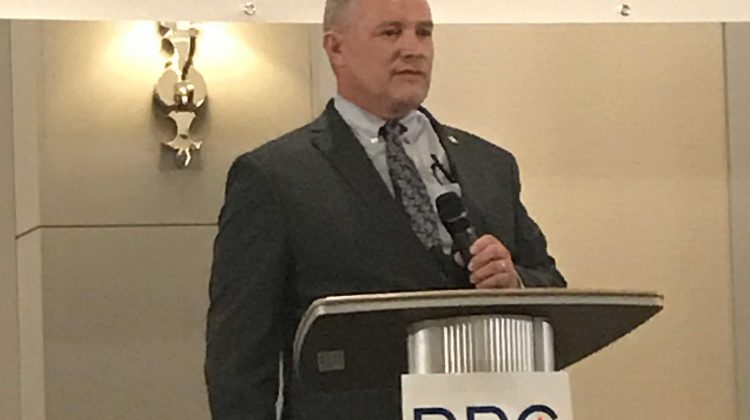 The new People’s Party of Canada candidate for Grande Prairie- Mackenzie wants to be a voice for the people. At a rally in the city on Wednesday, PPC Leader and Founder Maxime Bernier introduced Doug Burchill to the crowd for the first time.

Burchill says he felt compelled to run after feeling frustrated with the current government.

“Maxime Bernier came along with his policies and his platform and I read it, I called him up and said, ‘can I speak for the people, I don’t want a party where I’m dictated to,’ and he said, ‘absolutely, that’s our party’ so I said ‘I’m in.'”

Burchill, who has spent the last 30 years as an engineer and small business owner, is currently living in the Peace Country on his family’s farm. He says his campaign plan is simple, just talk to people.

“It’s to collaborate with the people; what are the issues, what are your solutions? Tell me what they are; I’ll take them to Ottawa and I will implement them to the best of my abilities.”

Burchill, one of 32 current candidates running for the party in Alberta, plans to run on the principals of freedom, personal responsibility, fairness and respect. He adds he won’t pander to other political ideologies to pick up swing voters.

“Vote your values, look at our platform [and] if you don’t like it vote for somebody else I really don’t care but if you agree with us, vote for us [and] support us.”

Leading up to the election in October, Burchill says he plans to hit the streets door knocking and getting information out about himself and the party. The federal election will be held on or around October 21st.