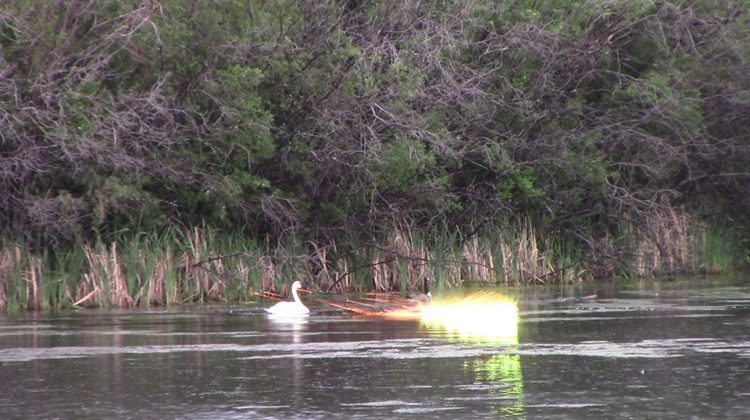 Screen capture of what appears to be a firework or something similar being shot towards a swan in Crystal Lake on Monday, June 17th. (Courtesy, Steve Kennedy)

A charge has been laid in connection with the apparent harassment of a swan in Grande Prairie. Alberta Justice and Solicitor General says an individual was charged under the Wildlife Act on July 8th with hunting Trumpeter Swans during closed season.

Videos posted to social media appeared to show a man shooting what look like fireworks at a swan on Crystal Lake the night of June 17th. A voice can be heard yelling, “get out of here” and coloured lights are seen flying past the bird multiple times.

Like most birds in Canada, Trumpeter Swans are a protected species under the Migratory Birds Convention Act. No further information on the accused has been released by the province.