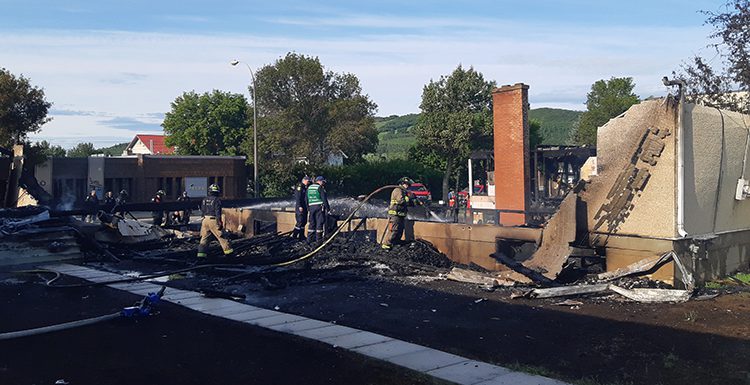 The aftermath of the fire which destroyed the Seventh Day Adventist Church in Peace River (Supplied, PeaceRiver.ca)

Fire officials are investigating after a blaze ripped through the Seventh Day Adventist Church in Peace River Wednesday morning.

Crews were called to the scene on 98 Avenue around 3 a.m., and when they arrived they found the structure fully engulfed. Despite crews battling the fire for nearly six hours, they were unable to save the building, with the adjoining house also suffering serious damage.

No injuries have been reported as a result of the fire.