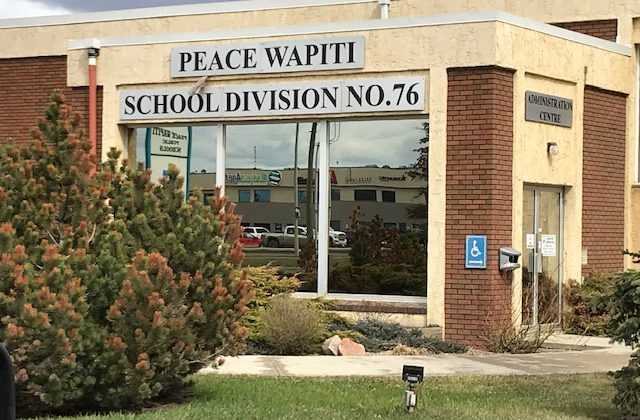 The Peace Wapiti Public School Division has the support of the County of Grande Prairie if the provincial government announces a replacement for Harry Balfour School.

In a letter of support to the district board, the county would provide the legal title of the land to the district within a year of the school build getting the green light. The plot of land currently in reserve is just off of Township Road 714.

Superintendent Bob Stewart says at least 50 per cent of the plan to fully replace the old school was met with the building of Whispering Ridge, but more work remains.

“That plan was half of the Harry Balfour attendance area would move to that school, which they did September 2018. The second part of that plan was to move the remaining students to a new replacement Harry Balfour School out at the Five Mile Hall.”

Stewart says the school build, which remains at the top of the school division’s 2020-2024 priority list, would also solve transportation problems faced by some students.

“If the Government of Alberta approved a replacement Harry Balfour School, we have achieved another important goal, and that is we’ve eliminated the additional time required to transport our rural students into and through the city.”

The County of Grande Prairie initially purchased land with plans of setting some of it aside as part of Municipal School Reserve.