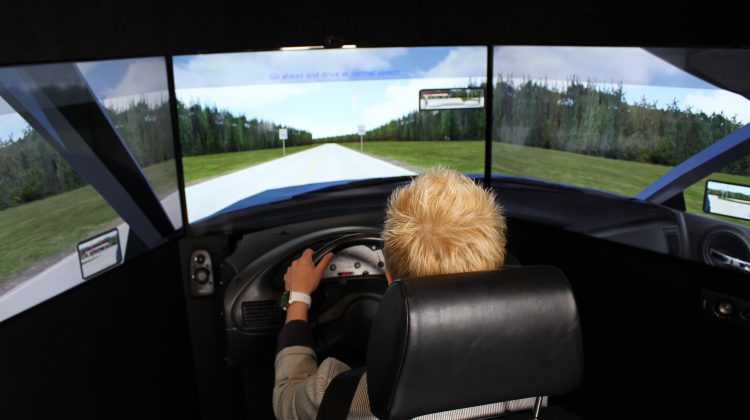 Would you know how to stay safe if you came across a deer in the road? The Coalition for Safer Alberta Roads brought its driving simulator to Centre 2000 in Grande Prairie on Tuesday to find the answer.

Executive Director Debbie Hammond says the goal of the Alberta Motor Association Roadbot is to get people thinking about how they would react to situations before they hit the actual road.

The coalition has been around for 10 years but has only recently expanded to cover Highway 40 between Grande Cache and Grande Prairie, which saw 12 fatal collisions and 149 serious collisions between 2012 and 2016. It also covers Highway 43 which it says gets travelled on by about 27,000 vehicles per day.

The Roadbot is used at local schools in the area for teaching new drivers and is able to simulate over 200 driving scenarios including what to do if you come across wildlife.

Hammond hopes that if people take anything away from the simulator it’s just to be aware of their own driving habits.

“If this prompts people to just think a little bit about their own driving habits that hopefully then prompts them to go maybe I’m not skilled enough and I need to take some courses. Really what we’re hoping is that awareness starts to occupy people’s minds… If we achieve that, that’s a success.”

Hammond says she expects Roadbot to be at community events in the area throughout the summer months.