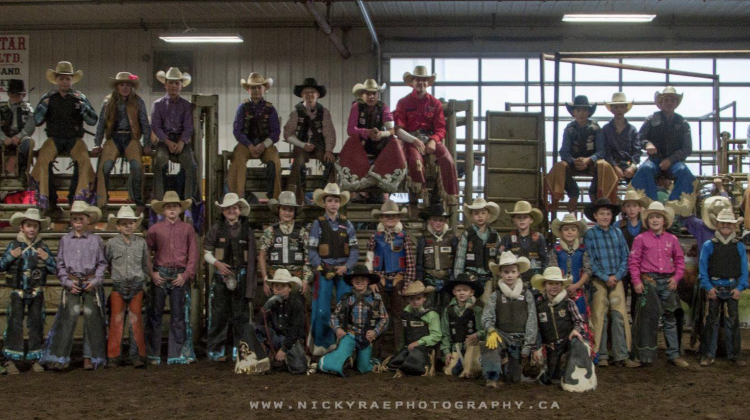 A picture of the riders from the 2018 Canadian Finals. (Photo by Nicky Rae Photography, courtesy of Shyla Fells)

Around 100 cowboys and cowgirls are preparing to descend on Teepee Creek this October. The 5th annual Canadian Junior Roughstock Championships are coming to the area. Director Shyla Fells says riders competing in a number of sports will be vying for a spot at the world finals in Las Vegas.

After being held in Settler, Alberta for the past few years, Fells says they decided to bring the event up north to draw more attention to it.

The children are chosen to participate based on how well they do leading up to the event. Fells says they are scored throughout the year and the top athletes from each of the division get to go.

“All summer long starting at the beginning of April, the kids start riding and then they take the top 10 kids from each division. They have to have three qualified rides with the group that they’re riding with in order to qualify for finals.”

The championships are open to riders ages six to 17. Fells says the goal of this competition is to make the kids all feel like they are champions no matter if they win or lose. The event will be held at the Teepee Creek Stampede Grounds on October 5th and 6th.