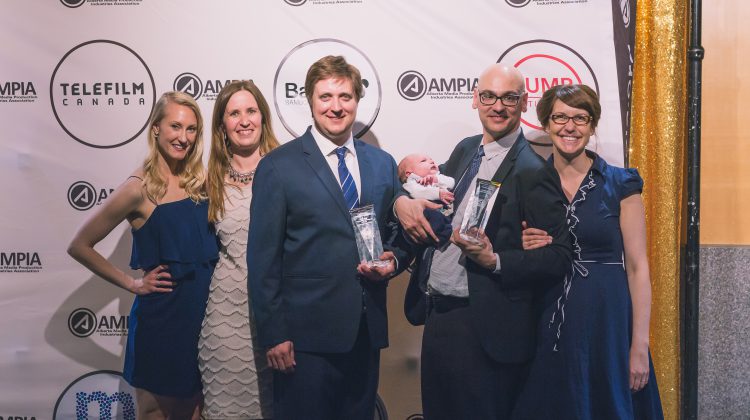 “These awards recognize talent all across Alberta and so when you go into something like this you want to keep your expectations realistic and so any recognition at all is absolutely awesome.”

The Rosie Awards are presented annually by the Alberta Media Production Industries Association and are given to the best Alberta has to offer in the way of television, film, costumes and special effects.

The film about the first attempt to go back in time was nominated for six awards total including Best Dramatic Short and Best Screenwriter, Best Overall Sound for a drama under 30 minutes and Best Production Designer/ Art Director. Beauchamp says both the nominations and the wins reinforce why they are in the industry.

“We make films that hopefully can resonate with other people. That’s the whole reason to get into film making is to communicate and to communicate with an audience specifically. It’s very rewarding when a film is recognized [and] that it is working and that it does speak to people.”

Aeternitas will now be viewed at the Reel Shorts Film Festival at Grande Prairie Live Theatre on May 7th at 7:30 and May 11th at 6.