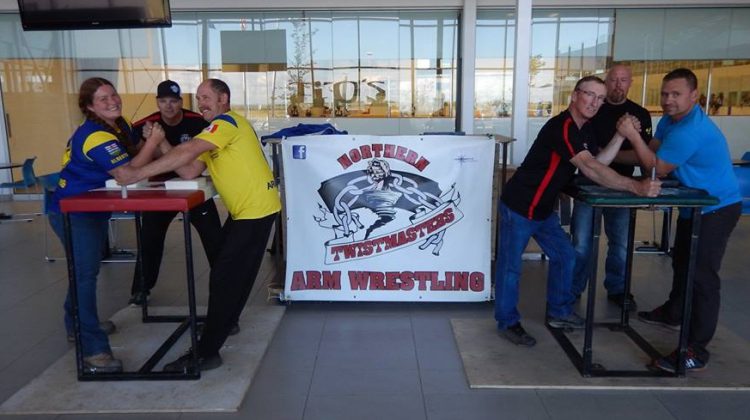 Calling all arm wrestling enthusiasts. The Northern Twistmasters Armwrestling Club is gearing up for the fourth annual Northern Classic Armwrestling Tournament taking place this Saturday in Grande Prairie. Head Coach Doug Curtiss says there will be something for everyone at this tournament.

“We have youth classes, we have women’s classes and we have men’s classes… One of our best events is typically the youth categories. The kids put on a great show, they get in there, they get in a tough match and they just don’t want to give up. They tend to be some of the most entertaining matches.”

This is one of two major tournaments held each year by the club. Originally formed in 2000, the group has around 15 paid members and 26 part-time competitors.

New this year will be an event Curtiss calls the Friday Night Primer at Trumps Lounge. It will be held on April 26th at 6 p.m. There will be five challenge matches with the main event match taking place between Ali Hamadiya of the Calgary Rams Armwrestling Club and Alex Maritsas of the Prince George Iron Arms.

Curtiss says the main goal of both events is to grow awareness for the sport and get more people to try it.

The main tournament gets underway on April 27th at the Prairie Mall at noon.