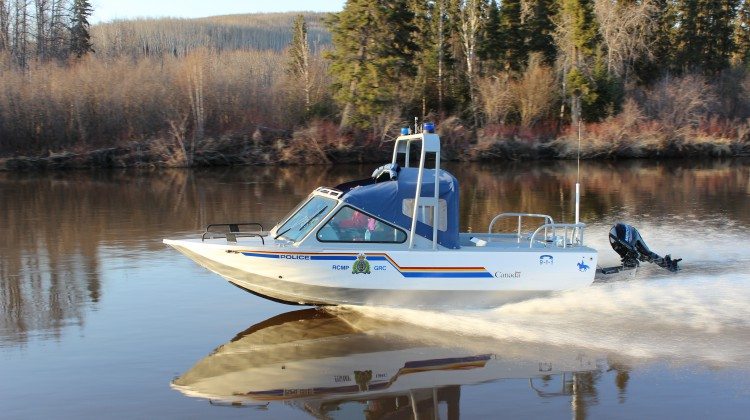 UPDATE: Grande Prairie RCMP has confirmed the 45-year-old man driving the boat was pronounced dead at the QEII Hospital. He had to be recovered from the water after the boat came across strong rapids and capsized.

The other man aboard the boat, a 42-year-old, was able to swim to shore. The names of both men will not be released. RCMP says it continues to investigate and notes that the boat has not yet been recovered.

The driver of a jet boat had to be rescued from the Bear Creek Monday afternoon. Emergency services were called to the water just east of Resources Road around 2 p.m.

The boat’s passenger was able to direct the County Regional Fire Service to the craft, but its driver was missing. A search was launched with the help of the City of Grande Prairie’s Fire Department.

Once found, the driver was treated by Alberta Health Services EMS, STARS Air Ambulance, and firefighters. They were then flown to the QEII Hospital in Grande Prairie in life-threatening condition.

The passenger wasn’t hurt and it’s noted both were wearing life jackets and safety helmets. What caused the boat to capsize is now under investigation by the RCMP.