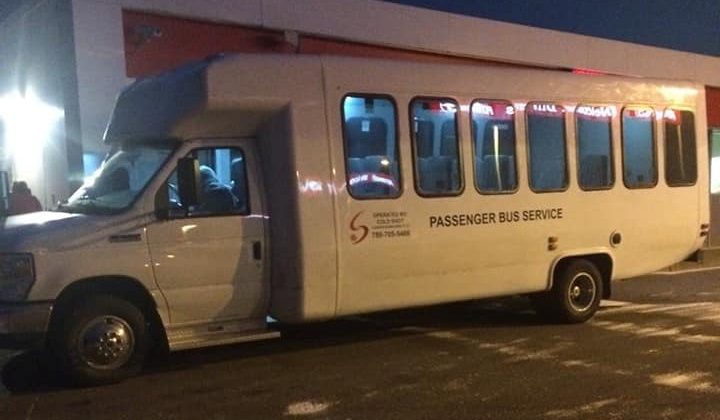 “We’ve expanded into Dawson Creek and Fort St. John for passengers. That’s always been a big supplier of people in and out and I know they’ve been stuck kind of without passengers into Edmonton for a long time. It’s been an ongoing thing and we finally got it.”

Cold Shot was one of three bus lines that stepped up after Greyhound left the city last October. Red Arrow and Northern Express Bus Lines are also taking passengers to and from the city.

Fehr says he’s been getting daily calls from people wondering when the service would start. Now that it has, it will go five days a week, leaving Grande Prairie at 7:30 a.m. and arriving back in the city at around 4:40 p.m.

Once in the city, passengers will be able to connect and head on to places like Edmonton and Calgary. Fehr says that will allow people to make their appointments in the bigger cities.

“It’ll definitely let them go to specialist appointments in Edmonton… It’ll mean that there is some sort of transportation in between Fort St. John and Dawson Creek to Grande Prairie… It’s going to be great for people who need to come see dentists, doctors all that good stuff.”

Fehr is hoping to continue the expansion into Prince George in the near future. People will be able to buy tickets and catch the bus at the old Greyhound building at 121 Avenue. Tickets and schedules can also be found on Cold Shot’s website.