RCMP looking for suspects after brazen casino break and enter 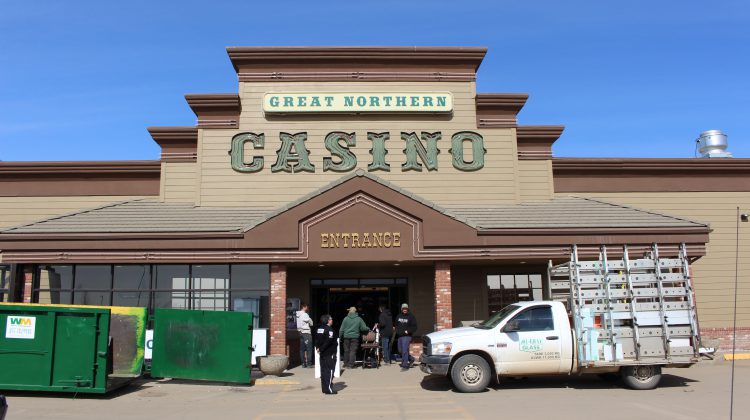 Crews replace the door which was smashed during an attempted break and enter on Wednesday. Photo : Emma Mason

RCMP are looking for suspects after a break and enter at the Great Northern Casino on Wednesday morning.

Authorities said around 6 a.m. a vehicle backed into the front doors of the casino and unsuccessfully tried to steal an ATM before fleeing the scene.

Mounties say they tracked the vehicle involved in the attempted smash and grab, adding it was abandoned. They add an investigation shows the vehicle was stolen.

Anyone with information is urged to call the RCMP Grande Prairie detachment or Crime Stoppers.