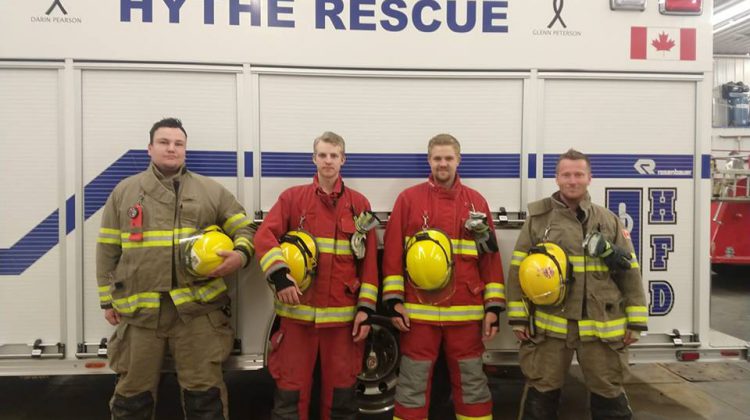 Members of the Village of Hythe Volunteer Fire Department will head to Calgary to take part in the Bow Tower Stair Climb on May 5th. Photo courtesy Hythe Fire Facebook

Four members of the Hythe Volunteer Fire Service are heading to Calgary on May 5th to take part in the annual Firefighter Stair Climb Challenge.

The 1204 steps of the Bow Tower will be done by all the participants in full gear, with money raised supporting Wellspring Calgary.

Hythe Fire Chief Landon Reimer says he is thrilled to be able to support his crew when they take the challenge.

“I don’t know if they’re training extra hard, really,” he jokes. “Probably more financial backing, and having members of our department at an event like that is the biggest thing for me.”

Reimer adds he hopes they can represent themselves and the Grande Prairie region the best their legs will allow.

“Makes the rest of the world know we are on the planet, too”