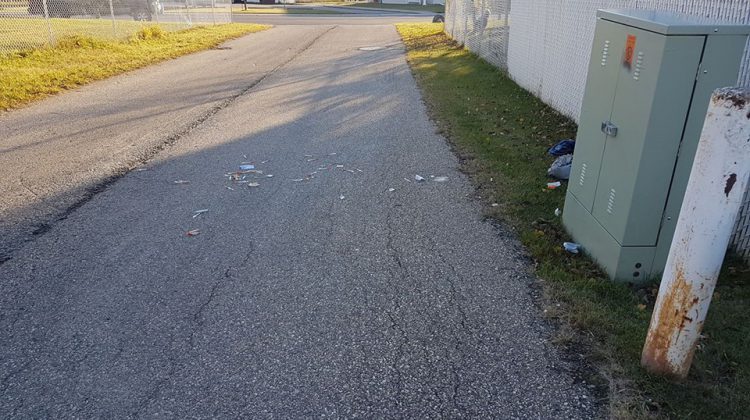 Changes to two of Grande Prairie’s biggest shelters could mean more discarded needles in public. HIV North Executive Director Melissa Byers says the lack of services available at the Saint Lawrence Centre and Rotary House is potentially pushing more active drug users out of a more secure area and onto the streets.

“Our community is kind of going through a lot of displacement of people who experience homelessness and use drugs right now, which displaces 100 to 150 people. I don’t know if all of them use drugs, but a lot of them do use drugs.”

Byers says the lack of options like the Saint Lawrence Centre, which announced its temporary closure due to confusion over the future of the daytime space at Rotary House, may create more public consumption, which leads to discarded needles. She believes while the recently opened safe consumption site could take some of the danger off the street, it still remains a problem.

“Our outreach teams are going out as often as possible and doing street cleans and needle sweeps. However, we can’t get to all the places and we don’t know where everyone has been displaced to.”