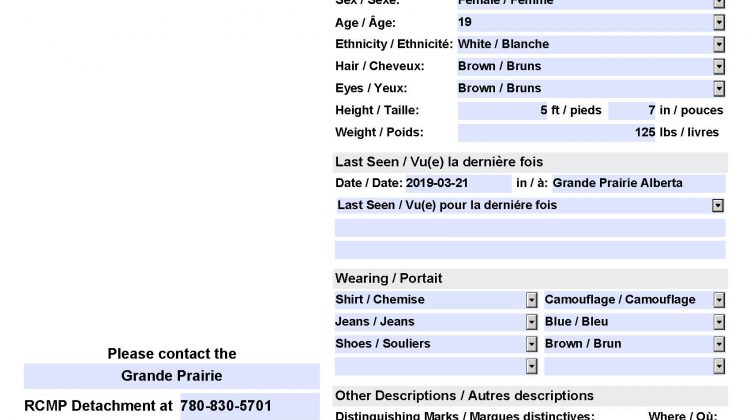 UPDATE: Ramey has been found safe.

Grande Prairie RCMP are asking for public’s help in tracking down a missing 19-year-old girl.

Ramey is described as causcasin, 5’7, with brown hair, brown eyes and a tattoo on her hand. She was last seen wearing a camouflage shirt, blue jeans and brown shoes.

Authorities are concerned about her safety. Anyone with information is urged to call the RCMP detachment at 780-830-5700 or Crime Stoppers.