Athletics one game away from second NPHL title 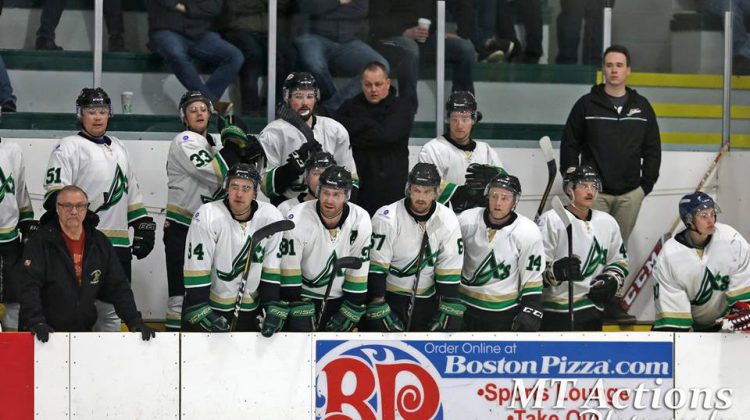 The Grande Prairie Athletics are only one game away from taking top spot in the North Peace Hockey League. For the first time since the 2010 season, the Campbell Cup could be in the hands of the Athletics on Thursday as they look to end the Dawson Creek Canucks’ season.

The Athletics are sitting at three games to two over the Canucks after a 4-1 win in BC Tuesday night. Grande Prairie is the 19th team in NPHL history with the chance to clinch the title on home ice in Game 6.

Dawson Creek has faced elimination three times in a Game 6 in team history. They lost 3-0 to Spirit River in 2000. They then defeated Grande Prairie 7-4 at home in 2010 and lost at home to Spirit River during the 2011-12 season.

Grande Prairie has only had two chances to clinch a series in six games in their history. They won 5-2 in Peace River in 2006 and lost 7-4 in Dawson Creek in 2010.