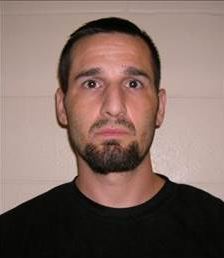 UPDATE: RCMP says LaRiviere was arrested in Grande Prairie within hours of releasing word of his arrest warrant. The public has been thanked for its help.

A man wanted on a Canada-wide warrant could be on his way to the Peace Country. RCMP says Tal Kalum LaRiviere has ties to Grimshaw and may be travelling to northern Alberta. 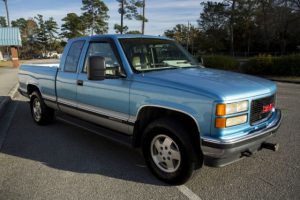 Tal Kalum LaRiviere is believed to be in a vehicle similar to this one, RCMP

A warrant was issued for the 31-year-old’s arrest on February 2nd after he missed a release-mandated curfew at his home in Prince George, B.C. LaRiviere previously served time for manslaughter.

The man is described as Métis, 6’2″ and 194 pounds with brown hair and brown eyes. Police say he also has connections to Vernon, B.C. and could be travelling to northern British Columbia.

LaRiviere is believed to be driving a blue 1994 GMC 1500 pick-up with B.C. licence plate MY9 880. If he or the vehicle are seen, the public is asked to call 9-1-1. LaRiviere is considered violent and should not be approached.