In 2017, the City was ranked 237th and the County 307th out of 417 places. That was a major drop for the City, which ranked 176th in 2016. However, the survey previous looked at bigger communities, so only 216 were included that year. The county’s first appearance was in 2017 when the eligibility broadened.

The County of Grande Prairie is considered the 10th most affordable place to live in Canada, based on discretionary income, real estate value, home price to income ratio, rent affordability, and rent price growth. The City is in the top 25 per cent of the country in that category. Both the City and County are also in the top 25 per cent when it comes to wealth and economy and population growth over five years.

The magazine compiles its list every year, measuring how great a place is to live in by statistics dealing with economic, mobility, weather, and health, safety, and community factors. Everything from unemployment rates, property tax, and participation in arts and culture are put together, based on demographic data from Environics Analytics.

MoneySense says the City of Grande Prairie saw the 5th highest rise in the rankings this year, while the County saw the 17th. However, their numbers for 2017 are different than what was released last year. The full data used is below: 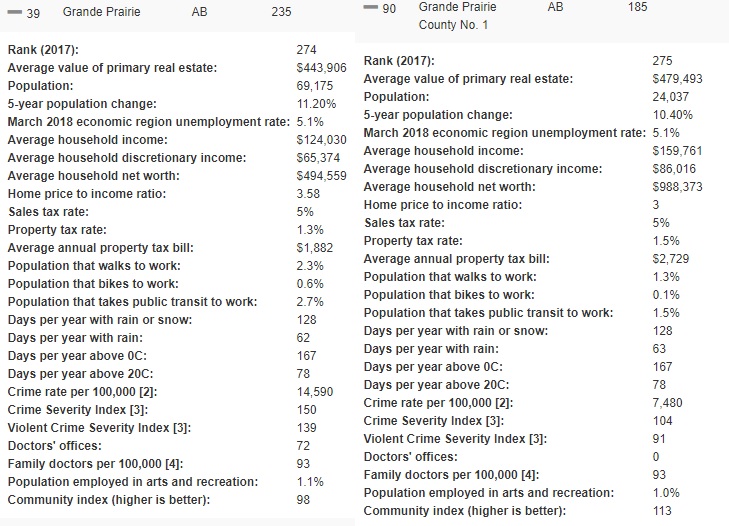