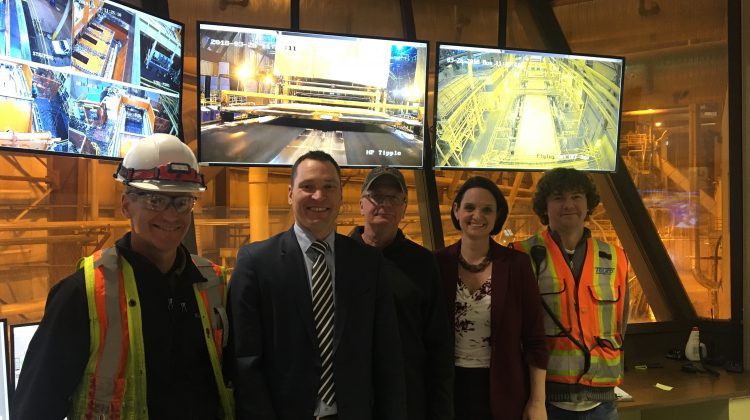 Operations are back up and running at the OSB mill in High Prairie. The Tolko Industries plant shuttered in 2008 when housing starts across North America fell to the lowest rates in a generation, but the company announced last June that market conditions had improved enough to get it back up and running.

Economic Development Minister Deron Bilous visited the mill last week, and confirmed it had been given conditional approval of a $4.03 million provincial tax credit. The Capital Investment Tax Credit gives back companies up to 10 per cent of the cost of new machinery, equipment or buildings once in use.

“Thousands of Albertans rely on the forestry industry to earn a good living for themselves and their families; that’s why we took action to support jobs during a difficult time for this sector,” Bilous says. “This is a tax credit that others provinces have enjoyed for decades and we proud to be the government that made it available here.”

Tolko has said that when fully operational, the mill will employ 170 people directly. Its tax credit will also be used to modernize two of its mills near Slave Lake and High Level.