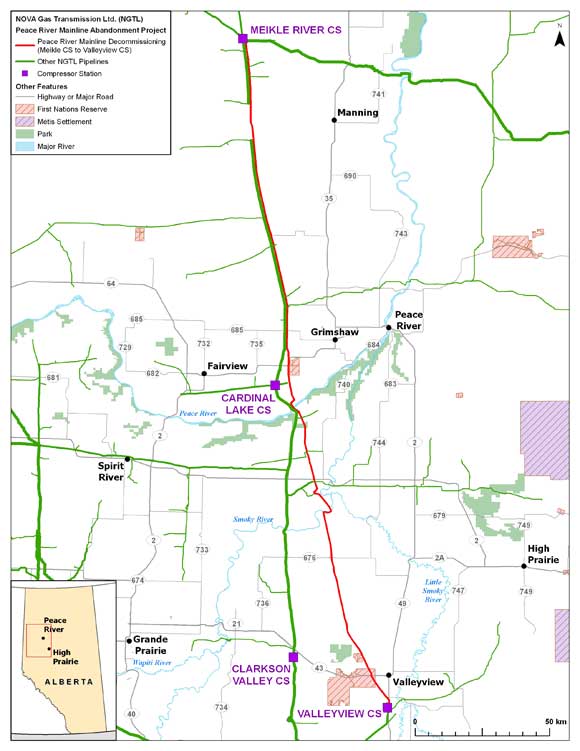 NOVA Gas Transmission Ltd. has been given the go ahead to abandon a 266 kilometre section of its Peace River Mainline. A year and a half after the company applied to the National Energy Board, it has approved its request with 22 conditions.

NGTL plans to remove a nine kilometre section of pipeline on Sturgeon Lake Cree Nation Reserve Land, and stop using the other 257 kilometres. The section to be abandoned is about 34 kilometres west of Peace River, between Valleyview and the Manning area. It’s reportedly no longer needed, and customers could continue to be served using other pipelines in its system.

The NEB didn’t have an issue with the rationale and ruled the project is in the public’s interest. The 22 conditions include plans to monitor and maintain the pipeline as long as it’s in the ground, and to consult with stakeholders throughout the process. One condition also requires the restoration of vegetation in the Chinchaga Caribou Range.

This was the biggest ever application to abandon a facility that the NEB has ever considered. It’s noted in the decision that there is relatively little industry experience in abandoning pipelines, leading to a lengthy compliance stage for the conditions. The cost of the project is estimated at $29.7 million.