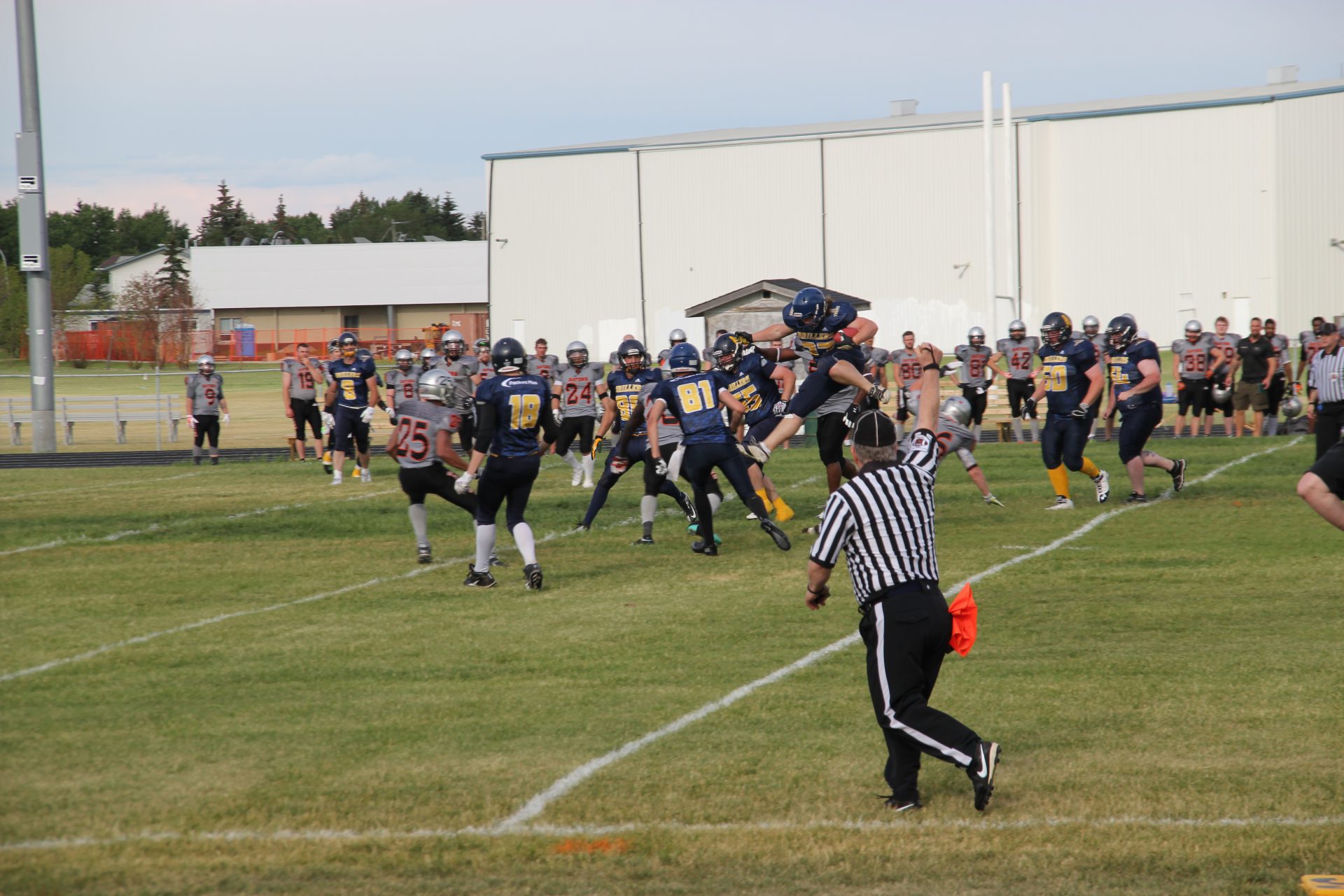 What’s hoped to be the biggest ever football fundraiser in Grande Prairie is in the works for this spring. Co-founder Edghill Gerrick says he’s hoping to raise $10,000 to to benefit all local teams part of the Grande Prairie Football Association.

“Why don’t we do something that helps out everybody? There have been other fundraisers, and there has been other things where speakers will come in, but that’s specific to that team and that team takes all of the proceeds.”

Gerrick and fellow football coach Trace Griko are putting on the charity gala though their new organization, the Peace Country Football Association. They’ve applied to be a new not-for-profit that will benefit teams from atom to senior men from across the region, including the GPFA.

“We think that football goes bigger than Grande Prairie, so we would like to be involved with every team in the Peace Country all the way from Peace River to Whitecourt to Wembley. We’d like to step out of the boundaries, because there’s other teams that are struggling or might need help.”

In addition to funds, the pair also hope to raise the profile of football in the community. Gerrick started playing at the age of 14 and says the sport gave him opportunities.

“Football saved my life,” he explains. “My coach was very stern, very strict and he taught us respect and taught us how to handle ourselves on the field and off the field. He really kept us out of trouble, because you weren’t allowed to get in trouble if you wanted to play football.”

The April 28th gala is being held at the Stonebridge hotel, and will feature guest speakers from the Canadian Football League, with Grey Cup champions Jed Roberts and Randy Spencer already confirmed. The two will also be guest coaches at a youth camp the same weekend. Tickets are available online.