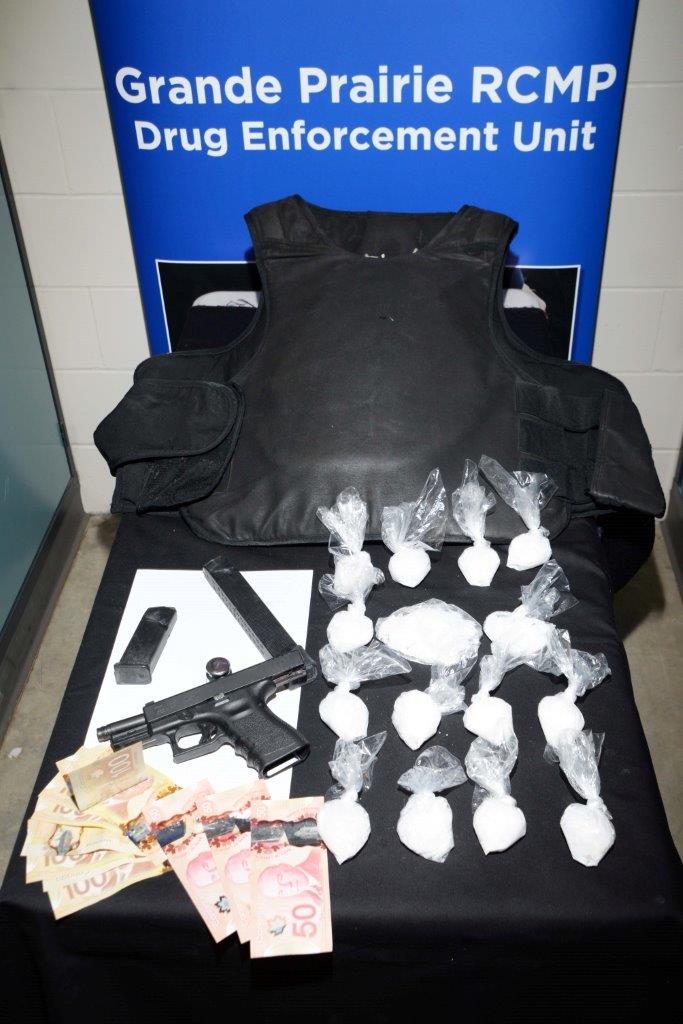 A major meth seizure in Grande Prairie has led to charges against two men. RCMP say they searched a home in the city on Wednesday, February 28th, turning up 477 grams of meth.

Also in the haul was 37 grams of cocaine, a hand gun, magazines with ammunition, nearly $2,500 in cash and two sets of body armour. 28 year old Bile Hassan of Grande Prairie and 23 year old Anas Mujber of Edmonton were arrested at the home.

The pair are both charged with several drugs, weapons and breach charges. Both are set to appear in Grande Prairie court on Monday, March 5th.